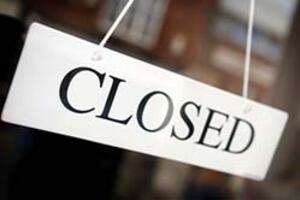 Never before have so many U.S. hospitals closed and declared bankruptcy in such a short time. Why are so many small and rural hospitals shutting their doors?

As of last year, 283 of the nation’s rural hospitals were at risk of closure, while 57 had shut down since 2010. No state is immune. Texas, Mississippi, Georgia, Oklahoma, New York, and Pennsylvania have all seen a rash of recent bankruptcies and closures. Not surprisingly, a recent report from iVantage Health Analytics reveals community hospital leaders’ no. 1 concern is financial challenges. These challenges come in four major forms:

Why are so many hospitals suffering financial failure? Unprecedented financial pressures leave them unable to adapt to rapid market changes.