How Do Healthcare Consumers Use Reviews?

What is the key to thriving in the era of online reviews? Understand how consumers use and respond to them, and what they expect from your physicians. 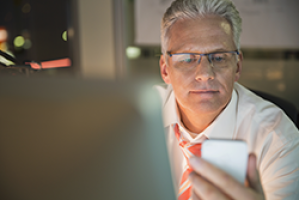 The majority of Americans – fully 60% – are reading online reviews about your physicians, according to new research from Healthgrades and the Health Management Academy. The numbers are even higher in select demographics, like Millennials (75%), parents (71%), and highly-educated consumers (73%).

That means more than 7 out of 10 people in these high-value consumer groups are checking up on your physicians before making an appointment. If you want to attract these consumers, you need to embrace user-generated healthcare reviews.

You also need to embrace social media, as 92% of consumers who have used a review site also have at least one social media account. These consumers are reading, writing, and sharing reviews. Nearly 60% of them are also influenced by reviews posted to social media. In fact, a third of the primary healthcare audience is influenced by a social network. Consumer reviews matter.

How Do Reviews Impact Consumer Decision-Making?

As a Shopify.com blogger recently observed, “The mental gap between reading a review and making a decision to purchase [or book an appointment]…is ridiculously small.” So reviews have a meaningful and immediate impact on consumer decisions.

Consumers have even developed heuristics to correlate star ratings with definitions of “very good,” “moderate,” and “poor”:

Poor ratings especially deter older consumers, with 60% indicating they would be less likely to use a business rated “poor.” In an era of online healthcare reviews, concentrating on the consumer experience and continuous communication is obviously a must. Negative reviews can drive away potential patients even more powerfully than positive reviews can attract them.

Consumers also hold physicians to a higher standard than they do other business service providers. They will not use a business rated below 2.7 stars, on average. But when selecting a doctor, they will not consider a provider rated below 3.2 stars.

As consumers shoulder more of the healthcare cost burden, their expectations are rising. They want to know what outcomes they can expect when choosing a particular doctor. In addition to physician qualifications, experience, and practice style, patient experience is a valuable consumer-facing indicator of patient-centered outcomes.

Remember this: High-value consumers are reading, writing, sharing, and being influenced by reviews of your physicians, and they hold doctors to a higher standard. It’s time to make consumer reviews – and the patient experience that guides them – a primary focus for your organization.

Back to Newsletter Home Page