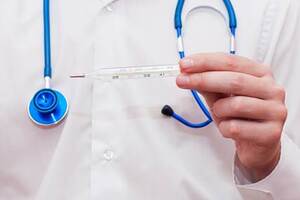 In a new white paper, Healthgrades explores some surprising commonalities among 2016 recipients of the Distinguished Hospital Award for Clinical Excellence (DHACE) (PDF). First, their performance in treating sepsis (indicated by risk-adjusted mortality rates) improved over the three-year study period, even while performance in other cohorts remained steady. Second, academic and community hospital DHACE recipients both had similarly superior performance in sepsis care.

Why are high-performing hospitals doing so well in addressing sepsis care? Why are they experiencing transference to other emergent conditions? There is likely a combination of reasons.

In summary, designing care protocols for a high-impact, prevalent condition that is difficult to diagnose and that requires a rapid and sophisticated team-based response can improve your hospital’s emergent care generally.

How can sepsis care drive your overall clinical outcomes? Recognize it as a key clinical challenge that serves as a model for emergent care programs.