Despite ever-growing consumer demand for mobile health apps, most hospital offerings have failed to thrive. What is behind consumer rejection of these health apps? 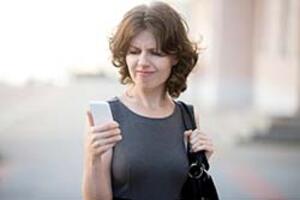 First, the good news: mobile health app adoption is increasing at a rapid pace. In 2014, Gallup reported that there were more than 40,000 health apps in use. Over one-third of U.S. adults had downloaded at least one. So it is no surprise that the mobile health market is expected to reach $18 billion this year.

Yet most hospitals are not hitting the consumer sweet spot. A recent Accenture report details the bad news: while 66 of the largest 100 U.S. hospitals offer mobile apps, a mere 2% of their patients use them. These apps receive subpar ratings too, averaging 3.6 out of 5 stars.

The HIMSS 2015 mobile technology survey revealed that 31% of healthcare organizations have specific patient-facing apps, while another 30% are developing one. According to the Accenture report, over half of large hospitals with consumer apps (38 of 66) built them in-house. Unfortunately, these native hospital apps generally offer a poor user experience and lack functionality. Only 11% of them offer at least one of the three care functions consumers want most:

In contrast, third-party apps like the Healthgrades Mobile app focus on what consumers want, even before these consumers become your patients. They:

In short, these apps actively engage patients with your doctors.

So far, 7% of patients have reported switching healthcare providers due to poor online customer service. This attrition rate is similar to that experienced in the mobile phone (9%) and cable television (11%) industries. At that rate, Accenture reports that a single hospital could lose $100 million in revenue annually. Because mobile engagement links directly to your ongoing financial health, it’s important for an app provider to deliver. The Healthgrades app in particular receives a 4.5 out of 5 star rating from consumers and achieves a consumer retention rate at six months that is double the industry norm. The average user spends over 9 minutes using the app per session — an indication of strong engagement.

What are the keys to future success for hospital mobile apps? To stay relevant and popular, they need two things:

Native hospital apps average only 7,000 downloads, which limits use and feedback. Third-party app providers achieve anywhere from hundreds of thousands to over a million downloads. This large consumer base allows app providers to consistently ask what consumers want, and drive mobile health development efforts to meet those needs and expectations. Hospitals may struggle to optimize a beta release with limited resources. Meanwhile, app providers are extending their consumer engagement through features like deeper appointment management, doctor-patient communication tools, and integration with electronic health records.

To keep your patients engaged in mobile health, make sure your approach delivers what they want in an app